We have implemented safety precautions
for our clients and staff.

If you have concerns about visiting our office,
video calling options are available.

Don’t Be Tempted by a DIY Divorce During COVID 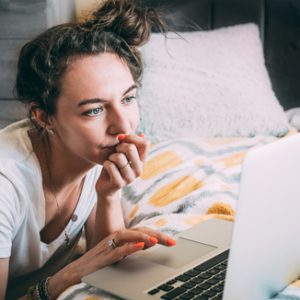 2 weeksago
For many couples, once the decision has been made to get a divorce, they can’t move fast enough to make it happen. They want to separate, split, and start over, especially if they have been living within each other’s orbit 24/7 since the pandemic began....
read more
It’s Not Personal, It’s Business: The Transactional Divorce 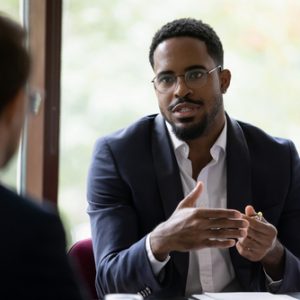 1 monthago
The act of removing your feelings from the Michigan divorce process is a difficult thing to do. However, if you can take all emotion out of your divorce, the process will go much more smoothly and all matters will be easier to navigate. Try to...
read more

The Smartphone Divorce: Should You Really Trail Your Spouse with an App? 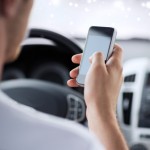 Couples are getting divorced over excessive smartphone or computer usage (addiction to Facebook could end your marriage). Other husbands and wives are agreeing to a social media prenup to try to prevent Twitter and its ilk from pervading their union. And in many divorce cases, the digital trail plays a major role in the divorce settlement. So, naturally, apps that were initially meant for good – keeping track of your child’s movements after school, for example – are being used for (sometimes) evil, allowing people the option of trailing the spouse they fear is cheating on them or lying to them.

Think Logically Before You Act on an App

The problem with apps that track your spouse is that some of the information you gather from them may not be legally admissible in court should you attempt to reference this evidence as proof of infidelity. That hasn’t stopped the especially distraught spouse from attempting to validate their concerns by employing underhanded methods to get proof of the cheating that they suspect has infiltrated their marriage.

GPS tracking apps like Find My Kids show you when pre-set “fences” have been crossed in real-time, but the catch with this app and its buddies, like Find My Friends, is that your partner has to have the app installed on his or her phone for the exchange of information to work accurately. The more devious spouses might attempt to install this app on their significant other’s phone without their knowledge, but that method is, of course, ill-advised.

The high cost of having an affair >>

No-Fault Doesn’t Really Mean No One Is to Blame

Here’s the deal: If you really need to know where your spouse is, if you can’t function without confirmation of infidelity, then contact a lawyer who can connect you with a sanctioned private investigator if necessary. A great deal of smartphone activity is admissible in court, which means that anything your alleged cheating spouse is doing on their phone – with or without your knowledge – can be uncovered. Even texts that have been erased or calls that have been made and the log then deleted can be recovered. There are phone bills with records of text messages and phone calls. “Smartphone divorces” are more and more common because we live so much of our lives through these devices and, legally, they have become critical to fair divorce settlements.

While Michigan is a no-fault divorce state, that doesn’t mean fault doesn’t come into play. If infidelity is at the root of your split, your spouse’s inappropriate behavior within the marriage could impact child custody, parenting time, spousal support, and any and all elements of your divorce settlement. And, give yourself a break: Your divorce team will take the reins when it comes to tracking down smartphone data for evidence purposes.

Can I date while going through a divorce? >>

Be Kind to Yourself During Your Divorce: Don’t Stalk

Don’t be discouraged if your hopes of tracking your spouse’s behavior through an app have been dashed. If you must satisfy your curiosity or your need for information, the internet is out there for the world to see. If your partner has any social media accounts, evidence of infidelities may appear there. And, if not on their own carefully monitored sites, then on their friends’ Instagram, Facebook, or its cronies. Social media posts and status updates are date-stamped and time-stamped and often include a location. Even if your spouse says he or she is at Point A, a social media photo can prove they’re at Point X instead.

It’s been proven that social media usage decreases marriage quality, and we can guarantee that stalking your spouse to catch them in a lie will negatively impact your quality of life. So while you can drive yourself crazy trying to be stealthy about monitoring your spouse’s whereabouts, if you’re at the point where you’re already doubting their trustworthiness, is it even worth your time to do this type of sleuthing? Perhaps the investment of time and resources into trailing your spouse’s activities and whereabouts would be better spent on yourself, or in simply pursuing the divorce that may just be inevitable. Contact Femminineo Attorneys in Mt. Clemens, MI, to schedule your no-cost initial interview today.