2 weeksago
Actors Jason Momoa and Lisa Bonet recently shared the news of their divorce after 16 years together and two children. While splits among celebrities are hardly rare, their statements about their uncoupling seem to indicate that maintaining a healthy marriage amid a global pandemic was...
read more
Is January the New Gray Divorce Month?

4 weeksago
January has long been known as divorce month. Any Michigan divorce attorney will tell you that there is typically an increase in couples choosing to make their split official after the holidays. One element of this reality that is changing, however, is that there are...
read more

Seeing Red? Valentine’s Day After Divorce Is Your Opportunity to Reclaim Your Zest for Life 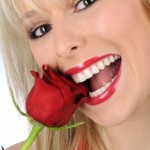 If brides wear white to demonstrate their innocence, should a divorced woman wear red to show her availability? If you ask other women, they might say yes, but not happily. The color red, though associated with love and Valentine’s Day, has negative connotations when it comes to women who fear their spouse’s wandering eye. A study by the University of Rochester found that women see their female peers wearing red as a sexual threat.

The Evolution of the Color Red

Maybe your favorite color is red. Perhaps red is a flattering color for your skin tone so you’re more likely to wear that shade than, say, green or white. But society’s take on the “red dress phenomenon” could have other women giving you the evil eye, especially if you’re no longer sporting a wedding band on the ring finger of your left hand.

The effect of a woman wearing red clothing is believed to act on us subconsciously. A man might turn his head at the sight of a woman in a red dress, but is it because he finds her sexually appealing or because red is such an eye-catching color that you can’t help but notice the person donning it?

According to psychological research on the matter, men perceive women wearing red as more sexually receptive, whether they actually are or not. Men, apparently, have a “predisposition to receive red as a sexual signal.” Women who are fertile have higher estrogen levels which can lead to a flush under the skin, which has been shown to make women more attractive to men. So red is associated with reproduction and evolution.

But we are also socially conditioned to respond to red – think Marilyn Monroe’s red lips (or Gwen Stefani’s, whichever era floats your boat) or Julia Roberts’ red dress in Pretty Woman (no word on what effect red hair may or may not have on men, or other women for that matter).

So What Does Red Have to Do with My Divorce?

If your divorce is going forward because of your spouse’s infidelity, then reading about the red dress phenomenon may hit especially close to home or have you thinking back upon moments when, no pun intended, there were red flags in your marriage. If you’re seeing red regardless of the clothing that others are wearing around you, then you may be so emotionally overwhelmed by your divorce that it’s time to take care of yourself. And that could mean therapy – whether clinical or retail.

Or maybe it means finding inspiration for moving on in other unexpected ways. In the movie Pleasantville, an old-fashioned town that lives in black and white suddenly begins seeing itself in color. The people who are truly living life and opening themselves up to the experiences around them are the ones who are bursting with color – red roses, red nails, red lips. Red is one of the first colors to emerge. As a divorced woman, red can be your revival. Buy the red dress, the red lipstick, the red paint for your walls, the red sheets for your bed.

This Valentine’s Day, go red. And whether that’s because you want to tell the world that you’re on the prowl, because you feel good about yourself in red, or because you simply think this one day of the year that’s all about love deserves to be celebrated even if you’re single, then you’re not wrong. And if you need the assistance of an experienced Michigan divorce attorney, contact Femminineo Attorneys in Mt. Clemens, MI, to schedule your no-cost initial interview today.