Can I Date While Going Through a Michigan Divorce? 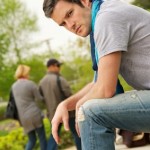 Divorcing couples often have questions about dating while going through a divorce, and how such a situation might negatively affect their Michigan divorce proceedings. It’s wise to consider how every action could affect your divorce – and when it comes to dating, there is reason for concern.

The No Fault Michigan Divorce

Michigan is a no-fault state, meaning, in the simplest terms, that neither party is legally at fault for the dissolution of the marriage. However, if you cheated on your spouse and that ultimately caused the breakdown of the marriage, fault can indeed matter. There are plenty of reasons why marriages dissolve, infidelity often chief among them. But what’s the law regarding new relationships once the divorce is in progress?

If you and your soon-to-be ex-spouse are living separately and the divorce is in progress, having a girlfriend or boyfriend could get in the way of a speedy or clean divorce. Even if the person involved in the infidelity that caused the breakdown of the marriage is no longer in the picture, a relationship with someone new could taint property division as well as child custody.

Money and Kids in a Michigan Divorce

Divorces can become messy and contentious. Even couples who are parting amicably can find themselves embroiled in a bitter battle, particularly when it comes to money and children. When so many emotions are in play, any extraneous detail may be used against someone.

It’s often presumed that things will be divided on a 50-50 basis in a Michigan divorce, but it could be argued that an unequal division of the assets (60-40 or 70-30, for example) is only fair. Child custody could also be affected. The member of the divorcing couple who has a new partner could find themselves losing precious time with their children. It could be implied that you’re not focused on the welfare of the children if you’re dating while the divorce is in progress. Or one parent may object to their children being exposed to anyone who is romantically associated with the other parent’s life when a divorce is already so difficult to explain and manage when children are involved.

Make Wise Decisions During Your Divorce

There are so many elements to a Michigan divorce, and it’s always better to do what you can to make the process simpler instead of more complicated. A divorce attorney at Femminineo Attorneys, PLLC can advise you on the wisest choices to make during your divorce, whether that involves dating or other situations that might affect your divorce settlement. Almost any action can have consequences.

If you would like to discuss your Macomb County, Michigan, divorce or have questions about the divorce process, contact us to schedule your no-cost initial interview.