Pros and Cons of Social Media During Your Divorce

2 weeksago
Social media has its perks. It’s a great way to communicate with those near and far and to spread a message widely with one small post. Unfortunately, using social media during a Michigan divorce can backfire too, turning an otherwise friendly platform into a firestorm...
read more
What You Can Learn from the Bill and Melinda Gates Divorce

4 weeksago
No marriage is perfect, no matter how much money you have. This is becoming especially clear as more news is revealed daily about the divorce of Bill and Melinda Gates. The power couple have used their wealth to build a foundation and donate to science...
read more

Can You Blame Donald Trump for Your Divorce? 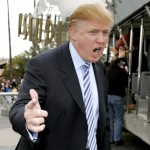 Lynn Aronberg isn’t blaming Donald Trump for the demise of her marriage to lauded Palm Beach County, FL, prosecutor Dave Aronberg. But the PR firm that represents the former Miami Dolphins cheerleader is, titling the split as “The Trump Divorce.” Lynn proclaims that she “felt increasingly isolated in the marriage” for endorsing Trump – she was a fan of posting selfies (some with Trump) and “liked” Republican-leaning posts on social media – and this reason is being promoted as partly why her wedded bliss disintegrated. Oh, and Dave didn’t want kids either.

Blue and Red Do Not Equal Love and Marriage

It’s been made plain many times over that Democrats and Republicans don’t often mix well when it comes to marriage. Some couples attempt to make it work, but a divisive political climate like the one we’re living in right now can certainly cause an already shaky union to implode.

While the Aronbergs claim to have parted amicably, their marriage and divorce shed light on one of the biggest challenges couples face: their differences.

The tension in your marriage doesn’t have to be Democrat vs. Republican. Every relationship has some repetitive argument that stands in the way of 100% agreement all the time. While agreeing on major issues can bolster a union, differing opinions lead to interesting discussions. Having opposite viewpoints can be invigorating to a relationship. Unfortunately, politics is one of those topics where feeling very differently from your spouse about what’s going on in government and community can tank your relationship.

The Cocktail of Love and Core Beliefs

One of the most important things you can do in a marriage is be honest with each other. Sure, there are the little white lies about how much you spent on that piece of technology or an appointment at the spa, but everyone’s entitled to a few secrets, right? When major parts of your lifestyle are revealed as being quite different from what your spouse realized though, a split is likely imminent.

Pretending to be conservative when you are as liberal as they come just to please your spouse is disingenuous. Politics, ultimately, gets at the heart of who people are ethically, morally, and logically. You either believe certain things or you don’t. Perhaps the more middle-of-the-road people are the best kind of people to marry because they are more open-minded and their views can swing in either direction. But you can’t pick who you fall in love with – or their political party.

Sacrifice Your Politics for Marriage?

Back to the Aronbergs. Lynn said of her marriage, “I’m walking through the red carpet, and he’s sneaking through the bushes,” recalling selfies she snapped with Donald Trump and his wife, Melania, while her husband would “run and hide from the photographers.” She also said her husband would “ask me to not to take pictures. He wouldn’t want me to post them. I did not listen to him.”

Does she have to listen to her husband? Nope. Should she have? Maybe. Marriage is about sacrifice. It’s about give and take. It’s about doing things that will make the other person happy even if you don’t love it yourself. But if your core beliefs are being compromised because of something your spouse has asked of you, then maybe you married the wrong person.

Divorce, in many situations, is the right thing to do. If you are seeking a Michigan divorce attorney, contact Femminineo Attorneys in Mt. Clemens to schedule your no-cost initial interview and discuss your divorce.