Lessons to Learn from the “Scary Mommy” Divorce 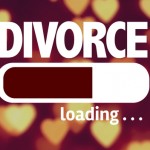 The original Scary Mommy, Jill Smokler, began a blog to keep a record of her days as a harried mom of three kids. Her community of fans morphed into a huge online destination for parents to dish the dirty details about their own kids and relationships without fear of judgment or repercussions. The difference between Scary Mommy and other mom bloggers? Bluntness. Telling it like it is. Recent news, however, might have people wondering if Smokler has been completely transparent after all. She recently revealed that she and her husband of 17 years are divorcing. Because he is gay. And she has known this fact for over a decade but hasn’t told anyone until now.

Time will tell whether Smokler’s admission will be accepted by her legions of fans. Most likely they will embrace her honesty, though some might question why it took so long for Smokler to be up front about this major element of her life when she supposedly lived her life as a truth teller.

Regardless, Smokler’s and her husband’s decision to divorce after living with such a big secret for years raises some interesting questions. Maybe they can help you navigate the divorce you’re already in the middle of, or come to a decision about whether a divorce is in the future for your marriage.

Do you have to reveal everything to your Michigan divorce attorney? >>

Should you stay together for the sake of the kids?

It seems like Jill Smokler and her husband would answer that they stayed married for 17 years for many reasons: a mutual love for one another, their family (though Jill knew about her husband’s sexuality before they had children and still didn’t decide to opt out of the marriage), their contentment with one another. Perhaps this divorce has been spurred on because one or the other of this pair found someone new whose love trumps the one they have for each other. It’s no one’s business (though some might say Smokler should reveal all given her general mantra about most of life), but what the Smoklers have revealed is that they will remain a family for their children. They will still do family dinners and vacations together (Jeff Smokler only lives three miles away from his ex and children), and the kids’ routine has remained relatively unchanged. You gotta applaud that kind of effort.

Divorced with kids? Bird nesting might work for you >>

Is it possible to have an amicable divorce?

Some couples do experience relatively painless divorces. Heck, some couples take divorce selfies to celebrate how nicely they ended their relationship. While an amicable divorce is not always in the cards, going into your split with the right intentions may help. The Smoklers still profess to have a great deal of love and respect for each other, which will undoubtedly help them legally disentangle their lives. But that doesn’t make the emotional aspect of divorce any easier.

Should you tell your kids about your divorce all at the same time?

The Smoklers chose to tell their eldest about their divorce first. (To their relief, she accepted it and gave her father a hug.) Immediately afterward, they told the news to their two younger sons. How you reveal your divorce news to your children is completely up to you. It is, however, important to keep in mind that this moment will be a core memory for your child and how and when the information is delivered to them will matter. Forever.

Ultimately, keeping the welfare of your children in your mind throughout your divorce process is something to be commended. But you also must do what’s right for you. It’s hard to not feel guilty when you’re a divorcing parent but, with support of the right Michigan divorce attorney, you can make it through relatively unscathed. If you are ready to discuss divorce, contact Femminineo Attorneys in Mt. Clemens, MI, to schedule your no-cost initial interview.