11 hoursago
Infidelity is the cause of the breakdown of many marriages. Couples who want to avoid divorce may attempt to repair their union after cheating has occurred, focusing on their connection, children, and lives together rather than indiscretions. It is possible to recover from infidelity but...
read more
Poor Communication Can Lead to Divorce 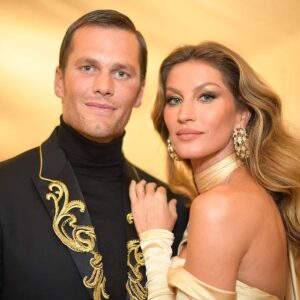 What the Legalization of Gay Marriage Means for Michigan Divorces 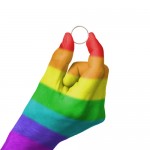 Same-sex couples now have the legal right to marry nationwide, including in the state of Michigan. While this Supreme Court ruling comes with caveats depending on where a couple attempts to marry or who they wish to marry them, one fact remains: Just because same-sex couples can now legally marry, that doesn’t mean they’re going to stay married. Divorce is inevitable for many same-sex couples, just as in marriages between a man and a woman.

At the end of last year, Columbia University professor Andrew Gelman presented statistics in The Washington Post that ultimately claim “the dissolution rate of same-sex marriages seems comparable to… the divorce rate of traditional marriages.” It’s reality: Though same-sex couples can finally marry, the joy of the present may not last forever.

Why Same-Sex Marriage Is No Different Than Straight Marriage

There are many same-sex couples who have been together for years, even decades, who now have the right to make their union legal. But there are also many young and impulsive same-sex couples who will jump into a marriage simply because they now can. The population of people who are getting married will change dramatically over the next few years, which means the accompanying divorce statistics will change rapidly too.

Does the ability to marry legally mean same-sex couples are more likely to take their marriage vows more seriously than straight couples? Does it mean they’re going to be “better” at marriage or work harder at it? Does it mean that infidelity won’t occur? Does it mean the spark won’t go out of the relationship or that their feelings for each other will never change? Of course not. They’re humans, and human beings are susceptible to the range of emotions that can occur in a relationship, whether it’s a straight or same-sex relationship. People can discover that the person they thought they were with is different in the marriage – dangerous, even – and need a safe way to exit the relationship.

When your divorce affects your professional life >>

Ultimately, what does the Supreme Court ruling legalizing same-sex marriage mean for couples who divorce in Michigan? Well, it can mean that divorce might just be easier if same-sex couples ultimately reach the point where they want to dissolve their union.

In the past, there were differences between state and federal laws concerning same-sex marriage or civil unions. Residency issues about where a same-sex couple married and now resides won’t complicate divorce. If a couple is divorced in one state, they will be divorced everywhere, not just where same-sex marriage and divorce are legal.

Now that marriage is a legal right of all same-sex couples, it means divorce is their right as well. And all that comes with divorce, from spousal support to child support to parenting time. There will be taxes, marital property, inheritances, and all manner of assets and finances to split up. But now, the dissolution of a same-sex marriage will follow the same divorce process as any Michigan relationship.

And just because a same-sex couple chooses to divorce, that doesn’t mean things will end amicably. There can still be social media wars, inappropriate behavior, and the inability to communicate civilly and reasonably. Divorce isn’t easy no matter who you are or what kind of relationship you’re in. Contact Michigan Divorce Help in Mt. Clemens, MI, to schedule your initial interview and discuss all aspects of your divorce, whether you’re part of a same-sex marriage or a straight marriage.