Women Are More Likely to Initiate a Divorce 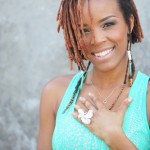 Stereotypical men-women lore holds that females are the gender that is always angling to get hitched. And they’re “always” the gender that apologizes first. And they’re the weaker sex. And the ones who will do anything to “make it work.” And yada yada yada. Women, it turns out, are the tough ones, especially when it comes to pulling the plug on a marriage.

Stanford’s How Couples Meet and Stay Together project was carried out between 2009 and 2015 and focused on relationships and breakups. The study found that women are more likely than men to say, “I want a divorce,” with wives initiating 69 percent of divorces compared to only 31 percent of men.

However, men and women are equally likely to initiate a breakup in a relationship that has not yet become a marriage. And that, apparently, is what interested Stanford researchers the most. Social scientists have argued in the past that women are more likely to initiate divorce because they are far more sensitive to the difficulties and underlying issues in a relationship. But, if this were the reason for prompting divorce talk, then it would follow that women would initiate divorce and breakup discussions equally.

Perhaps the takeaway then is that women just aren’t that keen on marriage after all. The gown, the ring, the wedding planning – they’re all fun, but the actual act of being married? The day-to-day responsibilities of being a spouse and a parent? Maybe it all leaves a lot to be desired. The Stanford analysis found that women are not only more apt to end a marriage, they’re also less satisfied while in the marriage. Married women reported having lower levels of relationship quality than married men, according to Stanford sociologist Michael Rosenfeld, while unmarried women and men felt more equally about the quality of their unwed relationship.

The Ladies Want Out

The million-dollar question still remains: What’s the difference between a marriage and a relationship that makes a woman want out? It could just be that along with marriage come a man’s subconscious beliefs in traditional female roles in a marriage – she cooks, she cleans, she manages the kids, even if she too has a full-time job. And the wife doesn’t agree. Rosenfeld reports that the respondents who he interviewed over the course of the study had stories with a feminist bent – feelings of oppression and unhappiness among middle-class housewives.

But this is no longer 1950, it’s 2016. While societal roles for women have changed, women’s roles within families have not kept up. But women with full-time jobs and no practical need for a husband who doesn’t make them happy are obviously less likely to stay in a marriage. And since most women tend to retain physical custody and the bulk of parenting time of any children, they feel no qualms about leaving a marriage worrying that they may not have much time with their kids anymore – some men may be in a very different boat and be in no hurry to leave the marriage, and their family, behind.

Are you ready to end your marriage? Or do you feel blindsided by your spouse’s delivery of divorce papers? Contact an experienced Michigan divorce attorney at Femminineo Attorneys in Mt. Clemens, MI, to schedule your no-cost initial interview today.