2 weeksago
Actors Jason Momoa and Lisa Bonet recently shared the news of their divorce after 16 years together and two children. While splits among celebrities are hardly rare, their statements about their uncoupling seem to indicate that maintaining a healthy marriage amid a global pandemic was...
read more
Is January the New Gray Divorce Month?

4 weeksago
January has long been known as divorce month. Any Michigan divorce attorney will tell you that there is typically an increase in couples choosing to make their split official after the holidays. One element of this reality that is changing, however, is that there are...
read more

The #1 Predictor of Divorce: I Hold Thee in Contempt of Marriage 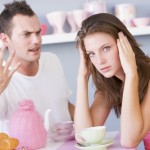 Most people do not enter into a marriage thinking about divorce. You likely focus on the present and dream about future. You feel joy (hopefully) and are optimistic about the good times ahead. (Though a case of cold feet could indicate certain doom.) But along the way, in every marriage, there are bumps. Speed bumps, hills, and some serious mountains. Some couples hurdle these obstacles together. Others do not. And, as it turns out, there seems to be one main reason why some couples don’t make it for the long haul: contempt.

In Good Times and In Bad

Who doesn’t want to know the magic solution to preventing divorce? If we could bottle love and keep it on tap so nothing could ever contaminate it, why wouldn’t we? Turns out, though, it’s one particular emotion that’s damaging our amorous feelings, at least according to Dr. John Gottman, marriage therapist and researcher from The Gottman Institute. Gottman has spent four decades studying couples in an effort to truly determine what causes fissures between people and how to resolve these problems. The number one pattern among couples that predicted divorce was contempt.

The definition of contempt is “the feeling with which a person regards anything considered mean, vile, or worthless.” Contempt has synonyms like hatred, antipathy, derision, distaste, and scorn. Any of these emotions directed at your significant other are not a good thing.

But perhaps it can be argued that if you’re feeling this strongly about a person, there might still be some love there to find. After all, apathy is the opposite of caring and passion. If your spouse makes you want to strangle him, you’re certainly not completely apathetic and uncaring about him and whatever he does or says.

Study says: Not getting a divorce could kill you >>

Overcome Contempt to Save Your Marriage

Even if you’re rolling your eyes at your partner right now and feeling pretty disgusted or negative toward him, that doesn’t mean divorce is your fate. It’s important to know why contempt occurs, how to recognize it in your spouse and yourself, and of course, if you want to avoid divorce, how to put a stop to it:

Contemplating divorce? Remember that life will never be the same again. Divorce is not a matter to take lightly. If you need the counsel of an experienced Michigan divorce attorney, contact Femminineo Attorneys in Mt. Clemens, MI, to schedule your no-cost initial interview today.