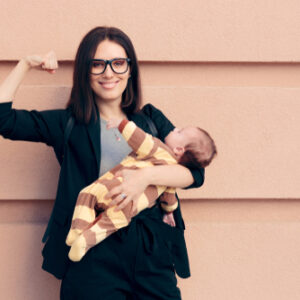 Actor Kirk Cameron once made waves in pop culture news when his face appeared on the cover of Tiger Beat, back in the day when he was a teen heartthrob on Growing Pains. Now Cameron is making his way into mainstream news reports, and the publicity has nothing to do with acting and everything to do with submission – in a marriage. The evangelical Christian’s latest sound bite: “Wives are to honor and respect and follow their husband’s lead, not to tell their husband how he ought to be a better husband. When each person gets their part right, regardless of how their spouse is treating them, there is hope for real change in their marriage.” Simple, right? As if. To many, this kind of talk sounds like a surefire recipe for divorce.

Every couple has their own unique relationship, and not one outsider can presume to understand the idiosyncrasies two people have developed and come to accept (or not accept), the shared language they speak, and the roles that they play in their households. Who are we to judge what each couple believes works for them? And, certainly, who is Kirk Cameron to say that all couples should exist the way he and his wife do? Maybe he has laurels to rest on and worthwhile advice to give since the man has been married since 1991 and has six children. But, it’s safe to say that, for a great deal of people who believe in equality and not submissiveness, Cameron’s statement rankles.

Dearly Beloved, We Are Gathered Here… to Disagree

Some research has been done about religion and its connection to divorce – though there isn’t a lot of statistical analysis about religious differences causing a marriage to implode – but the results gathered from among divorced and separated people are open for interpretation. So let’s interpret.

According to one of the more recent forays into this topic, the Pew religious landscape study, 28 percent of Evangelical Protestants are divorced or separated. Compare that with 14 percent of Mainline Protestants, 19 percent of Catholics, and 20 percent of people who are unaffiliated with any faith (including 2 percent atheist and 3 percent agnostic). It would seem that perhaps all of Cameron’s faith-loving peers are not living the Bible’s word according to the “instructions” it issues for marriage, because a lot of those Evangelicals are splitting up, regardless of their age.

Apparently plenty of people are able to separate church and marriage without a great deal of impact on their conscience, however, because here are some of the other stats from Pew:

And then there is the age-old question of whether the great hereafter actually exists. Of divorced or separated adults surveyed, 73 percent believe in heaven and 60 percent believe in hell. Ideally for many couples who have split up, they won’t have to tangle together at all in the afterlife.

There are plenty of elements that need to be factored into any equation when it comes to marriage and divorce. The age you get married matters, whether or not you have children, even sickness and health. Religion and faith are just two facets of any one person’s – and one marriage’s – composition.

Whether it’s religious differences or conflicting beliefs that are getting in the way of your marriage, if it’s time to talk divorce you need a divorce attorney’s support and guidance. Contact an experienced Michigan divorce attorney at Michigan Divorce Help in Mt. Clemens, MI, to schedule your no-cost initial interview.