Is Your Marriage Hot or Cold? The Answer Could Lead to a Michigan Divorce 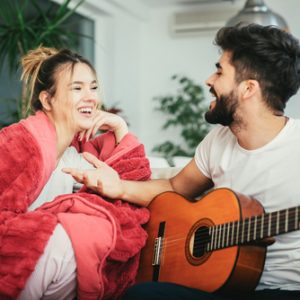 Little differences and arguments in a marriage are good. You learn how to compromise and occasionally give in to please the person you love. However, research has shown that couples can be pushed over the edge when they differ in their preference for room temperature.

Here are the facts:

Some of these examples may seem silly and not worth an argument, but far less has been the driving force behind a divorce. Room temp is just one more way for a couple in dire straits to get to a Michigan divorce attorney faster.

Testing the Foundation of Your Marriage

Small degrees of change, pun intended, can change the temperature of your marriage and, by affecting the total of your utility bill, identify the saver and spender in your union. Though you should already know which one of you is more willing to shell out for a night on the town and who would prefer a quiet evening at home, these preferences highlight other ways couples can butt heads and, without the tools to overcome their differences and compromise, couples may be doomed to divorce.

Ultimately, sparring over room temp repeatedly and with increasing malice is a sign that there are greater foundations in a relationship that are crumbling. If you ready to discuss filing for a Michigan divorce. Contact Femminineo Attorneys in Macomb, Michigan, for help and advice.