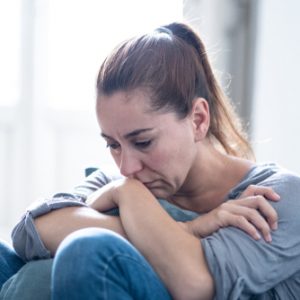 You would be hard pressed to find any divorced person who, in the throes of their worst marital fights, didn’t feel like they were going to vomit, pass out, or have a heart attack or stroke. Even the most amicable of divorces can cause health problems to develop. The stress of separating two lives, handling the needs of children, negotiating financial matters, and starting over is difficult mentally and emotionally. But research has shown that the challenges of navigating a Michigan divorce are also physically taxing.

Heart attack risks for women increase 24 percent after divorce. Women who are divorced two or more times have a staggering 77 percent increase of heart attack. There is also a condition known as Broken Heart Syndrome which, the Mayo Clinic explains, is “the heart’s reaction to a surge of stress hormones.”

While men who remarry may actually improve their heart health, the opposite is true for women. Other factors in studies about heart disease and divorce included symptoms of depression, alcohol use, level of exercise, weight, occupation, and income. Even accounting for all of these elements, women divorced multiple times still had a tremendously high risk of coronary heart disease.

A recent study conducted at the Ohio State University Wexner Medical Center found that couples who had particularly heated and hostile disagreements had higher levels of bacteria in their blood. The source of this bacteria? The intestines.

Inflammation known as leaky gut weakens the lining of the intestines and is associated with many health conditions, including depression, anxiety, obesity, diabetes, and, of course, stress. Targeted research shows that marital stress exacerbates these conditions and, therefore, the inflammation.

Some people thrive after divorce. Ridding themselves of a relationship that was fraught with tension, arguments, and unhappiness is the escape they have long been seeking and the opportunity to start over. There are certainly men and women who live better lives after divorce.

However, studies show that both divorced men and women have a higher risk of depression than people who stayed with their spouses. Men are six times more likely to report depressive episodes than men who remain married and four times more likely to commit suicide, according to the National Institute of Mental Health. Men are also more likely to exhibit risk behavior, abusing alcohol or drugs as coping mechanisms after divorce. Some have suggested that this emotional struggle comes from a decline in social support.

Anxiety is another arm of mental health that can escalate for divorced men. Consider the fallout for many divorced men who find themselves in a financial struggle to pay child support and spousal support and who mourn the loss of time with their children.

Divorce is not easy under any circumstances. Get support from an experienced Michigan divorce lawyer. Contact Femminineo Attorneys in Macomb today to schedule your complimentary consultation.