Is This the Reason for Your Michigan Divorce? 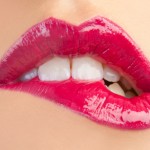 You might be tempted to name infidelity as the top reason for divorce, but a recent study reports that more couples are divorcing because of “unreasonable behavior.”

Like “irreconcilable differences,” the term “unreasonable behavior” can seem very vague, but The Guardian article names some examples from recent divorce cases to try to clarify the term: “A husband who made his wife feel guilty for going out with friends, a cross-dressing husband who had a sex change, and a spouse who withdrew the family’s savings and burned it in the bedroom.”

Last year, The New York Daily News reported on a divorce that occurred because a husband wouldn’t play “Fifty Shades of Grey” with his wife. She called him boring; he blamed the book. This marriage’s end could likely fall in the “unreasonable behavior” category.

Arguing: Too Much Can Really Lead to a Michigan Divorce

Similar studies about reasons for divorce have been conducted in the U.S. The National Fatherhood Initiative asked divorced people why they chose to end their marriages, and infidelity wasn’t at the head of that list either. In fact, 73 percent of couples blamed a lack of commitment while 56 percent said there was just too much arguing. The Huffington Post reports on a recent study from Kansas State University which found that couples who argue about finances, especially early in their marriage, are at a greater risk of divorce.

Ultimately, every divorce happens for reasons very specific to that relationship, whether they are unclear to others or not. And, ultimately, the divorce process comes with very unique challenges for each couple that is splitting up, whether they disagree about parenting time, spousal support, or child custody.

In general, Michigan is a no-fault state. But fault can indeed come into play. It’s essential to consult with a divorce attorney who can navigate the intricacies of Michigan divorce law to ensure that the end of your marriage is handled appropriately and fairly.

Femminineo Attorneys is an east side law firm working in the tri-county area, handling family matters primarily in Macomb County. Contact us to discuss your concerns, questions, and divorce needs and to schedule your no-cost initial interview.