Is Conscious Uncoupling Possible for Your Michigan Divorce? 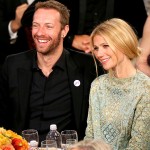 Celebrity divorces are big news, and when one famous couple is able to make their divorce even more interesting by giving it a new name, well that’s a situation worth investigating a little further. Gwyneth Paltrow and Chris Martin recently announced their split, and identified the end of their relationship as a “conscious uncoupling.” Can you do the same in your Michigan divorce?

What Is Conscious Uncoupling?

Conscious uncoupling is a term that’s been around for quite a while. Essentially, it urges people to reflect upon the part they have played in their marriage and how their behavior has led to the union’s demise rather than placing all blame on their partner. While there is also a lot of psycho-babble surrounding the longer definition of the term, the ultimate takeaway is that it’s actually a refreshing way to split up, particularly since the majority of divorces involve finger-pointing and ill will.

Conscious uncoupling may lead to the question: Is there such a thing as unconscious uncoupling? Perhaps some divorces could be categorized as unconscious; many couples go through the motions of divorce, just trying to survive the emotional and mental strain of the ordeal. Self-reflection isn’t easy in the best of times, let alone in the throes of a divorce.

We are all built to protect ourselves, and divorce inevitably leaves even the toughest person in a vulnerable position. No one wants to feel so raw. But rather than looking down upon another celebrity “trend,” it might be possible to accept this way of breaking up as something to emulate in your own Michigan divorce. Especially since, in the state of Michigan, all divorces are considered no fault divorces.

Divorce affects your kids far more than you may realize >>

Conscious Uncoupling for the Sake of the Children

For couples with children, the idea of conscious uncoupling can lead to a much easier management of parenting time and child custody. The approach is enlightened, and could certainly make splitting up far less of a strain on your family, but how feasible is it? You want to show your children that you as parents can still get along, and you undoubtedly want to find ways that will make the situation less stressful for them. But it’s also important to be true to yourself in the time of divorce, to allow yourself to be angry at times, sad at others, and even happy.

Ultimately, each divorce is different. Our goal is to help you through this challenging transition with as few speed bumps as possible, no matter how amicable or unharmonious your uncoupling may be. Contact Femminineo Attorneys in Mt. Clemens, MI, to schedule your no-cost initial interview.