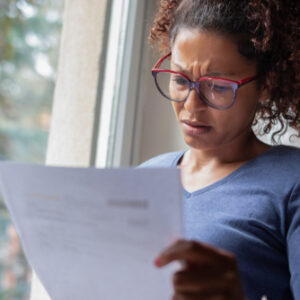 2 weeksago
What’s mine is yours, what’s yours is mine? This saying takes on new meaning when it comes to Michigan divorce. Some couples may be eager to part, but they are not eager to adopt half of their union’s debt and go back into the world...
read more
The Best Movies About Divorce 4 weeksago
When your life is in flux, when you’re watching your marriage break up, when you’re moving to a new place or not seeing your kids as often as you’d like, sometimes the thing you want to do most is just escape. Movies have long been...
read more

What’s mine is yours, what’s yours is mine? This saying takes on new meaning when it comes to Michigan divorce. Some couples may be eager to part, but they are not eager to adopt half of their union’s debt and go back into the world single and weighed down by financial obligations.

Being Saddled with Your Partner’s Debt

A survey conducted by DivorceAnswers.com uncovered surprising details about divorce and finances, going state by state to see where couples stand.

Divorce, as we all know, can be costly in various ways, and if you’re already having money troubles in your relationship, the thought of incurring fees to get a divorce is not appealing – and neither is splitting up your debt, no matter how fair that might be on paper.

Debt is a catch-22 for many troubled couples. Now that high inflation rates have increased the cost of living as a single person, money issues seem to be the reason many incompatible, unhappy couples stay together. The cost of separation seems to outweigh the desire to live independently, a living choice that can cost over $3,000 a month, not to mention the financial requirements of spousal support and child support.

Think about it. You’re paying for household bills, utilities, groceries, furniture, and more if you split up with your partner and maintain separate residences. The high cost of living alone prevents many couples from pulling the plug on their marriage. Being together in the same house sharing the same bills is gentler on the bank account, though it’s not necessarily more appealing for unhappy marriages. DivorceAnswers found that:

If you are looking forward to getting back out there in the singles scene and you’re carrying a mount of divorce debt with you, it may be prudent to keep that information to yourself for a little while. A DivorceAnswers.com survey found the following:

If you have financial questions about divorce and are considering splitting up from your partner, schedule a complimentary consultation with Femminineo Attorneys in Michigan. Allow us to help you see the possibilities for your future.