Are You a Divorced Man in Michigan? It Could Impact Your Health 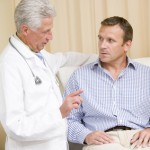 Though it may have been a long time coming, or even a welcome shift in life, divorce isn’t easy whether you’re a man or woman. And it turns out, according to a new paper – “The Influence of Divorce on Men’s Health – published in the Journal of Men’s Health, that divorce can take an especially great toll on a man’s mental and physical health.

Men are “supposed” to be tough and capable of putting their feelings on the back burner in order to manage difficult situations. Even if you’ve mastered these abilities, particularly in the case of divorce, they could be to your detriment.

The mortality rates of divorced and unmarried men are as much as 250 percent higher than for married men. Causes of premature death include cardiovascular disease, hypertension, stroke, and heart attacks. Divorced men are also more likely to develop common colds, life-threatening problems like cancer, and are more prone to risky behavior, substance abuse, and depression.

Sadly, divorced and separated men also have nearly a 40 percent higher suicide rate than married men. Divorced men undergo psychiatric care 10 times more often than married men. Vulnerability isn’t a bad thing; ignoring the reality of it and denying yourself treatment because of shame or embarrassment is a bad thing.

The president of the International Society of Men’s Health commented on the study’s findings in a press release: “Men get affected substantially by psychological trauma and negative life events such as divorce, bankruptcy, war, and bereavement. Research is urgently needed to investigate the prevalence and impact of such effects and to develop diagnosis and treatment guidelines for practitioners.”

How likely are you to remarry after a Michigan divorce? >>

There have been a number of studies in recent years that have examined how divorce affects people’s health. Here is some of what was discovered:

Ultimately, divorce can affect your health – man, woman, or child – and it helps to work with a Michigan divorce attorney who understands the situation you are in and works to bring you through it quickly and with as little difficulty as possible. Discuss your Macomb County, Michigan, divorce questions and concerns with Femminineo Attorneys. Contact us to schedule your no-cost initial interview.