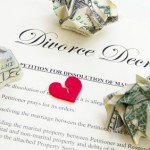 Every divorce case is unique to the couple involved. However, there are some behaviors that can negatively affect your divorce case. Any of these mistakes could impact your chances of a satisfactory Michigan divorce settlement.

People used to call their friends to complain about their divorce or go to support meetings. Now they may take to social media avenues like Facebook and Twitter to say what’s on their mind. And that honesty can be detrimental.

The American Academy of Matrimonial Lawyers (AAML) surveyed the nation’s top divorce lawyers and discovered that there has been a big surge in social networking evidence. Eighty-one percent of attorneys have seen an increase in the number of divorce cases over the past five years using social networking evidence. In fact, Facebook is considered the leader for online divorce evidence, with 66 percent of attorneys surveyed citing it as a primary source.

It’s easy to be caught in a public contradiction, a lie, even a truth – whether it’s through status updates, comments, or photos. An estranged spouse would not hesitate to present this evidence to their divorce attorney to see if it could improve their settlement in a contentious divorce or help prove infidelity, mismanagement of marital assets, or poor parenting.

Chances are, you carry most of your life around with you in your pocket or purse – in the form of a smartphone. Texts, emails, social networks, banking apps, photos, and calendars are all types of electronic communication that can leave a digital trail.

The bottom line is, your cell phone can be used against you in a Michigan divorce, but perhaps not in the ways you think. Michigan is a no-fault state, which means there is no requirement to prove fault in any way for a divorce to be granted. However, cell phone evidence could provide evidence of adultery, abuse, problematic behaviors, or disappearance of marital assets that could affect divorce settlements and even child custody and visitation.

The AAML reported that 92 percent of attorneys surveyed have seen an increase in divorce cases that use evidence taken from smartphones in the past three years.

Ultimately, every Michigan divorce case is very specific to the couple involved. Information gleaned from social media sites and cell phones may or may not be a viable source of evidence. Only your divorce attorney can help you determine what’s best for your divorce case, and can advise you on proper behavior during your divorce.

Divorces can be complicated, so it’s normal to wonder about everything from cell phones to dating to getting a new credit card. Discuss your Macomb County, Michigan, divorce questions with Femminineo Attorneys to learn about your rights, the intricacies of evidence and evidence-gathering, and the divorce process itself. Contact us to schedule your no-cost initial interview.