Can a Home Improvement Project Destroy a Marriage?

3 weeksago
Renovating the kitchen, finishing the basement, upgrading flooring – home improvement projects of all shapes and sizes are exciting ways to add new life to your home. Unfortunately, these undertakings can also be stressful, whether you do it yourself or hire contractors. For some couples,...
read more
A Prenup Can Save You from a Costly Divorce 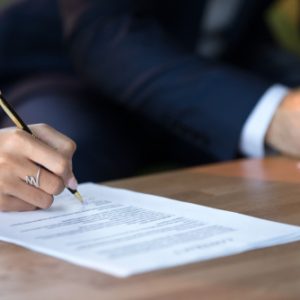 1 monthago
No one goes into a marriage dreaming of divorce, but if you go into a marriage with significant assets, you would be wise to have a prenuptial agreement in place. A judge recently upheld the prenup singer Kelly Clarkson had with her soon-to-be ex-husband Brandon...
read more

Divorce is tough no matter where you live, but cheating laws in North Carolina are brutal. In San Antonio, NC, a judge ordered a man to pay $8.8 million for cheating with another man’s wife. The state’s “jilted spouses” law, or “alienation of affections” law, allows the deserted spouse to pursue monetary damages against the third party who allegedly caused the separation. Who needs spousal support with this kind of legal measure?

Keith King sued Francisco Huizar III for damages related to Huizar having an affair with King’s wife. Huizar’s attorney alleged that King manipulated his wife during their marriage and made her work without pay. Apparently, the judge was not swayed by Huizar’s argument, deciding on the nearly $9 million ruling.

Emotional distress, alienation of affection, and other charges formed the crux of King’s lawsuit. He holds Huizar responsible for breaking up his marriage to Danielle King. Since Danielle was an employee of King’s company, King also sued to cover lost revenue because of a lost employee. And, of course, he wanted to be compensated for the costs that would be increased regarding child care, household help, and counseling.

Is There Ever a Good Reason to Cheat?

It’s easy to see both sides of the argument. Yes, Danielle cheated on King with Huizar, and King has every right to claim the affair ruined his marriage. However, Danielle has her own story, explaining that she was unhappy for her entire marriage to a controlling husband who monitored her money, snooped through her phone, monopolized her time, and made demands about her attire and hair color.

The affair began in 2015, and in 2016 Danielle initiated the separation process from her husband, which quickly became messy. King claimed Huizar made it impossible for him to reconcile with his wife, attempting to make the timeline of the affair and separation a moot point.

Jilted – and Rich – in North Carolina

This isn’t the first time a jilted spouse law was relied upon in North Carolina, and it’s unlikely to be the last given such a major payout. In 2011, another judge in the state ordered a woman to pay $30 million in a jilted spouse case. And she lost when she tried to appeal the multi-million-dollar ruling.

Michigan is, by law, a no-fault divorce state, meaning that neither party can legally be at fault for the dissolution of the marriage (in other words, you’re not getting a hefty sum in Michigan for claiming your spouse cheated). But, if your marriage has been ruined by an affair, this information is relevant. If you’re seeking to do some hardball negotiating regarding spousal support, parenting time, and child support, definitive causes for the breakdown of a marriage come into play, and that includes infidelity.

Has your spouse cheated on you? Are you ready to call it quits? Find out more about whether separation matters in Michigan, and what you need to do if you’re ready to file for divorce. Schedule your no-cost consultation with a Michigan divorce lawyer at Femminineo Attorneys in Macomb. Contact us today.