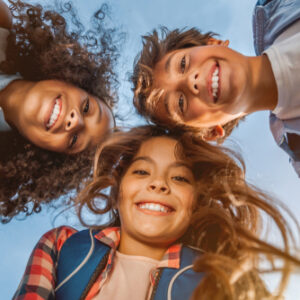 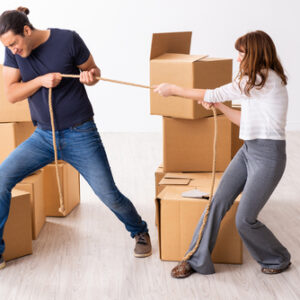 4 of the Worst Celebrity Divorces 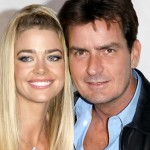 When it comes to celeb divorces, the most contentious splits are usually identified as such because of money fights or big payouts. There are some divorces between famous folks, however, that take on a life of their own thanks to paparazzi assistance and underhanded dealings. Whether you call them messy, ugly, or expensive (emotionally or financially), the following divorces are four of the worst in recent memory.

Tom Cruise never saw it coming, or so he claims. His wife of five years, Katie Holmes, filed for divorce in New York rather than California or Colorado, where they had other homes (remember – jurisdiction is important, whether you live in Michigan or Timbuktu). The drama behind the split came from how blindsided Cruise apparently was and how secretly Holmes went about her plans, springing the divorce on him just days before his 50th birthday. The marriage came to a speedy end when Cruise agreed to give Holmes custody of their daughter while retaining generous visitation rights.

It was the phone call heard ‘round the world – Baldwin’s 2007 voice mail tirade to his then 11-year-old daughter, Ireland, in which he called her a “rude little pig” and other unsavory names. Though the couple divorced in 2002, custody battles over their daughter continued for years, and when this angry message leaked it didn’t garner Baldwin any public sympathy. Initially agreeing to share custody, Basinger allegedly violated the conditions of Baldwin’s visitation rights, the voice mail controversy occurred (which Basinger denied leaking and which temporarily cost Baldwin his visitation rights), and in 2008, Baldwin requested a new custody hearing. Accusations of emotional manipulation came from both sides. Just because divorce papers are signed, that doesn’t mean the battle is over.

The beloved former Beatle, Paul McCartney, found love with Heather Mills after the death of his wife of 30 years. But four years later, the marriage was over. McCartney announced their intention to split, but Mills went on the offensive, claiming emotional and physical abuse and doing everything possible to drag McCartney’s name through the mud. McCartney could do no wrong in the public eye, however, and tabloids accused Mills of everything from prostitution to gold-digging. Mills ended up with a $48 million settlement, but considering that McCartney’s assets are around $800 million, she might have done “better” for herself by toning down the dirty divorce dealings.

While no one was necessarily surprised to hear that longtime bad boy Charlie Sheen was splitting from his wife of three years, Denise Richards, the general consensus was that even Hollywood divorces don’t get much uglier than this break-up.  Richards alleged that Sheen was abusive, unfaithful, and addicted to pornography, prostitutes, and gambling. Sheen’s foul and profanity-laced voice mails and emails to his wife surfaced, earning him no public love. Oh, and Richards was also pregnant with the couple’s second child during the apex of this celebrity divorce. Ironically, Richards is now generously caring for Sheen’s twin sons in her own home after the demise of Sheen’s latest marriage.

While there are plenty of celeb relationships that bite the dust due to infidelity or other salacious happenings (think Tiger Woods and Elin Nordegren, or Sandra Bullock and Jesse James), the divorces themselves are rather low-key and wrapped up swiftly. Though the media’s fascination with the downfall of any celeb certainly doesn’t help these couples find peace easily, if ever.

Divorces are never simple – you don’t have to be a celebrity to experience pain, manipulation, or unexpected revelations. It’s our goal to help you navigate any difficulties that may arise as your marriage comes to an end. Discuss your Macomb County, Michigan, divorce questions with Femminineo Attorneys. Contact us to schedule your no-cost initial interview.