Pros and Cons of Social Media During Your Divorce

2 weeksago
Social media has its perks. It’s a great way to communicate with those near and far and to spread a message widely with one small post. Unfortunately, using social media during a Michigan divorce can backfire too, turning an otherwise friendly platform into a firestorm...
read more
What You Can Learn from the Bill and Melinda Gates Divorce

4 weeksago
No marriage is perfect, no matter how much money you have. This is becoming especially clear as more news is revealed daily about the divorce of Bill and Melinda Gates. The power couple have used their wealth to build a foundation and donate to science...
read more 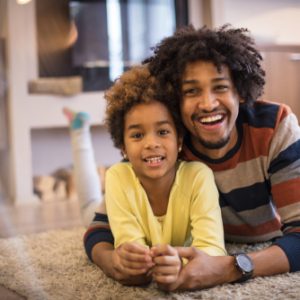 Paternity is the stuff of dramatic daytime talk shows. In real life, however, paternity is a major issue for the men and women embroiled in such matters and it can affect everything from child support to child custody to parenting time.

1. Can a mother omit the father’s name from their baby’s birth certificate?

Mothers are required to complete documentation after their child’s birth naming the parents so that a birth certificate can be legally filed and issued – this happens whether a child is born in or out of wedlock. A mother can choose to omit the father’s name from the birth certificate, but this choice could have major consequences in the future.

If a father is not legally named, a mother will have no right to petition for child support. The man who is not named but is questioning paternity or wants to prove paternity will face an uphill legal battle to gather proof of his parentage.

2. Why would a mother not name a father on the child’s birth certificate?

There are many reasons a mother may omit the name of the child’s father from the child’s birth certificate:

3. How does marriage affect paternity?

In Michigan, if a married couple has a child, it is assumed that the child is a product of that union. Should the marriage end in divorce, the father has a right to child custody and parenting time and is obligated to pay child support.

4. What is the Affidavit of Parentage?

The Affidavit of Parentage is a form that is given to unmarried couples in Michigan who have a child together. This form must be completed by both parents and signed at the hospital and it voluntarily acknowledges the father of the child and gives the mother initial custody.

Even if the mother omits the father’s name from the birth certificate, the Affidavit of Parentage shows parentage. If a father is uncertain that he is the child’s parent, he may choose not to sign the form because doing so waives his right to blood tests or a trial to determine Michigan paternity.

The state makes it clear that fathers have the right to child custody and fair parenting time. The affidavit also makes it clear that a father has the obligation to provide child support. A father may fight for paternity if he was not present or not given the opportunity to name himself as the child’s father.

Get Answers to Your Michigan Paternity Questions

If you have questions or concerns about paternity, schedule your consultation with Femminineo Attorneys PLLC in Mount Clemens to get advice and legal help so you are given the parental rights to which you are entitled. Paternity matters are complicated and the goal should be to avoid disrupting a child’s life as much as possible.