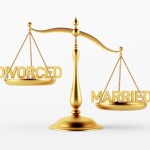 As another year comes to a close, it’s always interesting to revisit divorce and marriage news, particularly statistics about divorce and remarriage. There will be plenty of lists of celebs who got hitched and split up, but this post looks at the behavior of “normal” couples and individuals nationwide.

The American Community Survey, with calculations by the Daily Beast, compiled a list of the top 10 divorce capitals of the United States. Research from Brown University concluded that the cultural and political identities of states may influence residents’ marriage patterns. These are the states and cities with the highest divorce rates:

These results seem very surprising, with major hubs like New York City and Los Angeles conspicuously missing from the list. Maybe couples in such cosmopolitan cities are less likely to get married, instead choosing cohabitation and raising children without the bonds of matrimony. Not surprisingly, the latest research has found that a record number of Americans have never married.

Education is one of the biggest contributing factors to the success of a marriage. People who have less than a college education are more likely to divorce for two reasons: They tend to marry at a younger age, and they are less financially sound than peers with college degrees.

Want to get remarried? Older men are more likely to wed again

This increase has been fueled by several demographic trends, beginning with the rise in divorce, which has made more Americans available for remarriage. It has also been fueled by the overall aging of the population, which not only increases the number of widows and widowers available to remarry, but means people quite simply have more years in which to make, dissolve and remake unions. Combined, these two trends have created a larger pool of people who can potentially remarry.

Remarriage rates are rising for adults 55 and older and, overall, women are less willing than men to walk down the aisle a second time.

Divorce questions? Discuss them with Femminineo Attorneys in Macomb County, Michigan. Contact us to schedule your no-cost initial interview.