Lessons from the Jolie-Pitt Divorce and Other Celeb Relationships 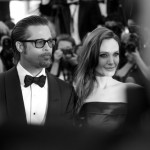 “It was only a matter of time,” many said about Angeline Jolie and Brad Pitt heading to divorce court. When you look at the facts though, the couple had longevity. They have been together for 12 years. However, the pair has only been married for two years. So that begs the question: To avoid divorce, should people stay in a relationship and just forget about getting hitched?

The Barbie and Ken of the celebrity world, it was a magical moment for celeb followers when this Jolie and Pitt become a couple. Now, though, Jolie is requesting sole physical custody of her six children with Pitt. She adopted three children on her own before Pitt also adopted them and they had three biological children together. Jolie is also asking for joint legal custody of the brood, but with only visitation rights for Pitt.

Entertainment media has reported that Jolie has taken issue with Pitt’s parenting methods. Experts may like to say that children are never the cause of a divorce, but sometimes issues directly related to the raising of children are behind many a break-up. While there isn’t much to relate to the Jolie-Pitts about in general – what with globe-trotting, red carpets, and a number of nannies in their arsenal – anyone who is married with children can attest to the difficulties of agreeing on all issues pertaining to parenting. Divorce makes every decision that much harder.

7 things to remember when you tell your kids about divorce >>

Not Married and No Children

Oprah Winfrey’s relationship with her long-time love Stedman Graham has been in the media recently too. And Winfrey is vehemently denying that she and Graham have tied the knot or are even planning to. In interviews, Winfrey has said that she would not have been and could not be a good wife, that she could have never had the career she had if wifely constraints had been put upon her. “I think it’s acceptable as a relationship, but if I had the title ‘wife,’ I think there would be other expectations for what a wife is and what a wife does. First of all, you’ve got to come home sometimes,” Winfrey said. She also cited Graham’s traditional nature as being at odds with their untraditional relationship.

The couple never had children and they have been together since 1986, happily one could presume. She lives her life and he lives his, at least from an outsider’s perspective. No kids means no arguing about how children are being brought up, and no marriage license means you choose to stick around with this person every day because you want to, not because you’re legally obligated to.

Goldie Hawn has been married twice, but neither of those marriages was to Kurt Russell, who she has been together with since 1983 and who together have one child. The longtime couple made news in February 2016 when they announced their engagement after decades together. Hawn has been quoted as saying, “A lasting relationship isn’t about marriage. It’s about compatibility and communication,” which is incredibly true. For Hawn and Russell, their marriage likely isn’t all about love either – the aging stars (70 and 64, respectively) have to think about the future, and their choice to marry may be about financial and legal issues more so than romance.

Marriage, however, no matter how many end in divorce, is usually a happy time and a time to celebrate. Most couples do not enter into a marriage with expectations of it ending – though some do sign prenups just to be safe – but if you find yourself at your marriage’s end, speak with a divorce attorney at Femminineo Attorneys, PLLC in Mt. Clemens, Michigan.